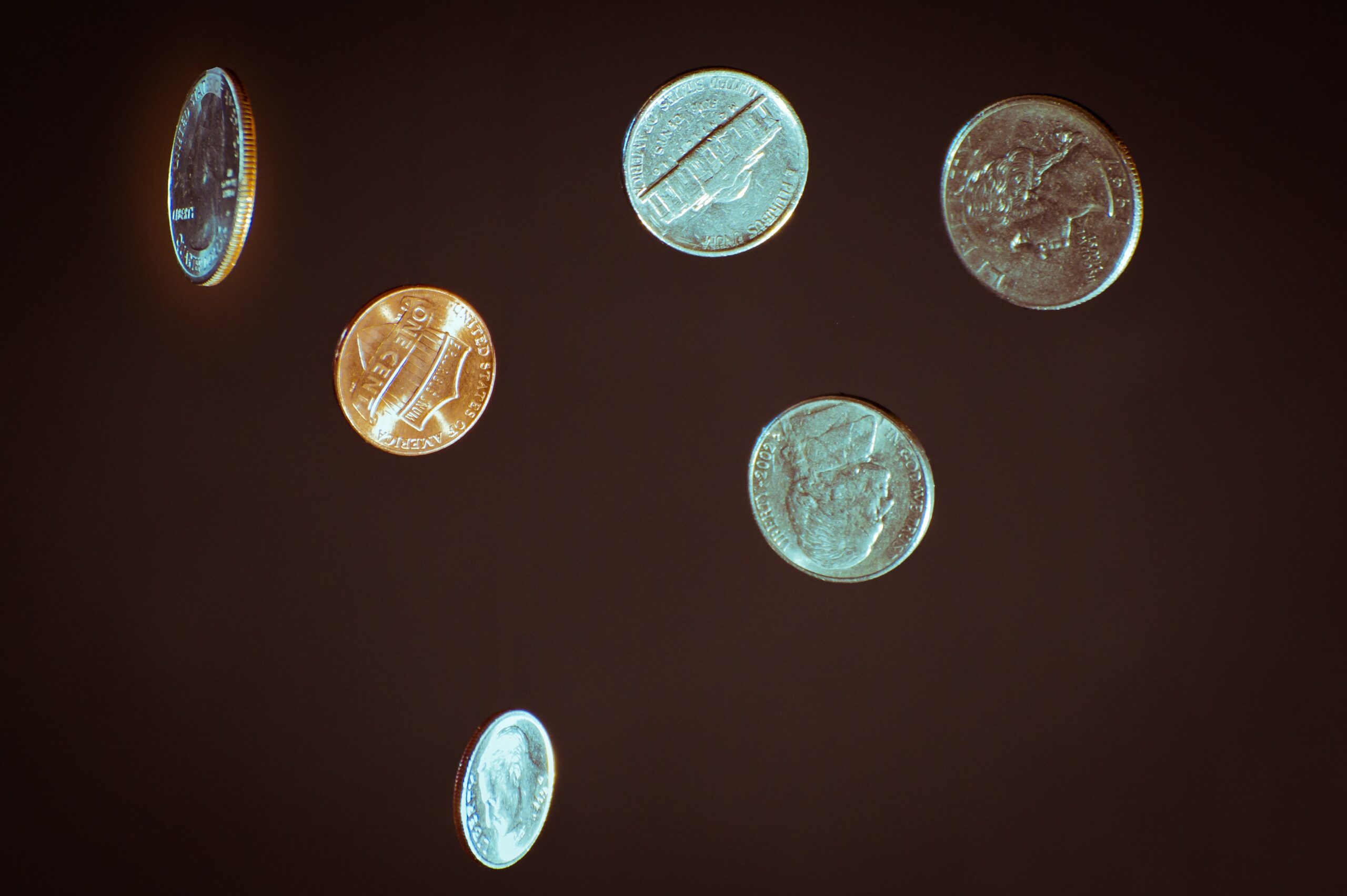 For a week, I’d argued the sagacity of both choices with aplomb.  I’d made pro and con charts, Googled “how to navigate life’s crossroads”, and opined about my predicament to more than a few people, and yet the evening before I\’d have to choose, I sat in my studio apartment no closer to making a decision and did what anyone in my position would do, I called my dad.

“Dad, should I go to Atlanta or stay here and take this chance on this guy?” I asked waiting with bated breath for what I was sure would be near transcendent advice.

“Flip a coin and let fate decide,” he replied.

I was incredulous!  The gall.  This was my life, MY LIFE!  Flip a coin?  He couldn’t be serious.

“Flip a coin and let fate decide,” he said again calmly.  “If you really don’t know then stop agonizing and flip the coin.  It’s all the same to you one way or the other, right?  But if when you flip that coin, you’re hoping against hope that one side comes up more than the other, then your decision’s already made and the only challenge that remains is whether or not you choose to honor it.”

And there it was.  The best advice I’ve ever gotten.  In under 60 seconds, my dad had bestowed upon me the wisdom that would become the cornerstone of what has since grown into feelings-led design and, in my parlance of today, The 4D Framework, and it had nothing whatsoever to do with analytical knowledge.

Could You Let a Coin Flip Decide?

Whether your difficult choice centers around a career change, a return to school, the possible abandonment of a failing business model, or the paint color for your living room, ask yourself, “Could I leave it up to a coin flip?”

Almost immediately, most people recoil. “No, never! That’s lunacy.” But if we\’re radically honest with ourselves, don\’t we always know which outcome we hope that coin flip would point us towards?  Don\’t we know whether we want to move to Atlanta or take a chance on budding romance?

Of course we do, but we’ve conditioned ourselves to believe that sound, quality decision-making has to be difficult, agonizing even if it is to be good.  And we would never dream of telling the people who matter most in our lives, our bosses, spouses, kids, or clients, that we’d let our feelings as revealed by a coin flip, dictate the course of our business strategies, careers, educational pursuits, personal relationships, or lives.  Heck, we’d be hard-pressed to allow a coin flip to dictate even the route we took to drive to the grocery store.

Instead, we seek comfort in the familiarity of the same, underperforming circular logic which drove us to the coin flip precipice in the first place.  We fall back on pro-con charts, data, “common” sense, and other analytics-led touchstones because they\’re socially acceptable.  They\’re considered part of the school of conventional wisdom and they offer us a social safety net that allows us to fail without fear because we failed “the right way.”

But Is There Really a Right Way to Fail?

Feelings-led in the Real World – An Annual Meeting in Decline

For nearly a decade, the various revenue streams tied to a company’s primary product offering, their annual meeting, have been in decline.  The organization has maintained a consistent bottom line through astute cost-cutting measures and the occasional lift created by new initiatives rolled out here and there, but all-in-all, the meeting is a slowly sinking ship. What would the coin flip look like in this case?

If you’re shaking your head in disbelief and your mouse is gliding towards the \’x\’ on your browser window, I implore you to read on just a bit further.

If the organization chooses heads for all the conventional reasons people often do (the event is their primary source of annual revenue, no one discontinues an annual meeting, they have no idea what they\’d replace it with, et cetera, et cetera), they get what they\’ve always gotten — acceptable atrophy, which is just failure dressed up as pragmatism. The hallmarks of acceptable atrophy include congratulatory self-talk about the achievement of mediocre results, uninspired conversations about the merits of minuscule growth, the indistinguishability of one decaying product from any other in a given market, and teams of bright, intelligent people whose potential remains untapped because they are focused on cranking cogs rather than building new machines.

Acceptable atrophy sounds like the pits (and it is), but it feels safe because it\’s familiar, and that\’s why most people choose heads.

If the same organization chooses tails, they have no idea how things will turn out.  They move into the realm of intuitive innovation, the design of something new based, initially, solely on what feels exciting to dream up.  There are two distinct indicators that a team has entered intuitive innovation territory: eagerness and excitement about the prospect of embarking on an adventure to create something new followed by the almost instantaneous cascade of practical reasons why it will never work.  Things like:

But each of these ideas overlooks another important truth: People who choose tails may just succeed… spectacularly.

When we begin designing experiences from a place of intuitive innovation, we unleash creativity and vibrancy that could otherwise never have emerged from beneath the layers upon layers of the banal.  We orient ourselves towards working solutions rather than solving problems, and in doing so, uncover opportunities to use analytics in an additive way to calibrate and refine the initial guidance our feelings offer.

We create a virtuous cycle of reinvigoration, and we design experiences that we love while loving the experience of the designing itself.

Sure, leading with feelings seems like a risky proposition.  You could choose love over Atlanta and experience that love blossoming and then ending.  You could buck convention in favor of the wild, wondrous unknown and it could not work out, but damn if it wouldn\’t leave you with a big old grin on your face as you thought to yourself, \”Yeah, but I sure had a good time.\”

PrevPreviousThe Lottery Effect
NextA Rose by Any Other NameNext